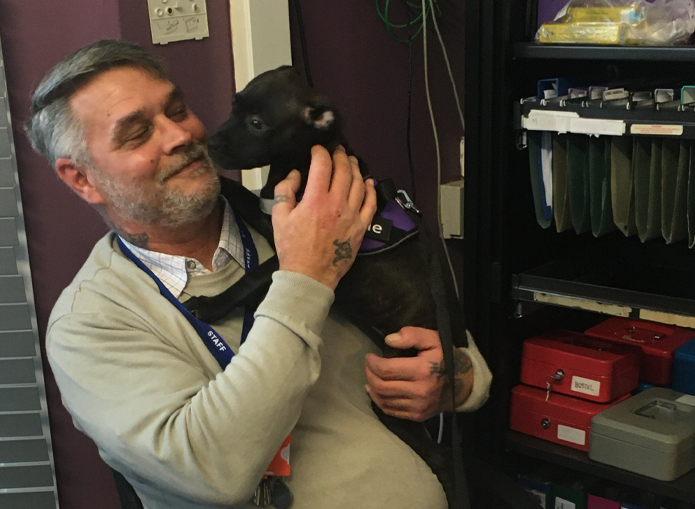 Ady is Hope Community Services’ Substance Misuse Support Worker. He is here to help our homeless clients manage and recover from their drug and alcohol issues.

Ady’s background is in the army. To mark Armistice Day, he sat down to talk about his experiences of transitioning from the army to civilian life- and how he ended up homeless as a result.

“It was different when I left the army to how it is now. They put me on a four week course, and then after that there was no support. I had nothing.”

“I’d been married for fourteen years, but after leaving the army I was divorced within a year. People told me I wasn’t the same person- I was angry all the time, and I took it out on my family. Eventually, my wife and I divorced and she left me to raise one of our sons.”

Ady didn’t realise at the time that he was living with Post Traumatic Stress Disorder, caused by his experiences in the army. He was unable to keep a job as he kept losing his temper at work, and after taking on the sole childcare responsibility for his son, things became even more difficult.

“My priority became raising my son, but I was limited on what hours I was able to work and receiving no support from social services. I was encouraged to give up my son, and to give my ex-wife custody. I wanted to be able to provide for him, so I started selling drugs.

“After that I lost everything. I was a functioning drug addict, using and selling drugs. I ended up splitting up with my girlfriend and losing my home. I slept in a garage for three years, relying on the kindness of people to get me through.”

Eventually one of Ady’s friends referred him to the Lighthouse Project, a detoxification programme. Ady was able to recover from his addictions, and start to address the PTSD that he’d lived with, undiagnosed, for 20 years.

He went on to complete a 12 month internship with the Lighthouse Project, and trained as a Support Worker.

“I worked at The Lighthouse Project supporting people who’d been in situations like mine- and that’s how I came to work at Hope.

“I have a psychologist now, who I speak with once a week. I’m grateful for places like this [Hope] and like the Lighthouse Project, who have given me a chance. If it weren’t for them, I would have killed myself.”